All my life I have been a frustrated yacht designer. I started sailing late - at age 12. But I have been around boats since I first knew how to walk. I learned how to row probably around age 6. Once I started sailing, I sailed intensively. By the age of 14 I was interested in yacht design and begged, borrowed (and possibly stole), and bought or persuaded my parents to buy, everything I could find on yacht design.
Old friend Greg Jones is in the process of writing a bioography of L. Francis Herreshoff. Herreshoff evidently saved every piece of paper that crossed his desk.
Greg found two letters that I had written to Herreshoff in about l945 or 46, when I would have been 15 or 16 years old.
Herreshoff answered the letter encouraging me on my idea to become a yacht designer, and encouraged me.
Greg also found a letter from my mother asking Herreshoff not to encourage me, no money in yacht design, I should go to the canyons of New York, make money and spend it on yachts.
I come from a long line of sailors on my mothers side. But, all had gone to the canyons of New York making money and then spent their money on yachts. From an early age I was beaten over the head being told, "You go to the canyons of New York, make money and then you can spend it on yachts. You can't make money in the yachting business."
However, I ended up sailing for a career. Although I am not a formally trained yacht designer, or been trained as a marine engineer, I have learned enough by reading extensively and sailing extensively; discussing yacht design with trained yacht designers and engineers, to become somewhat of a yacht designer.
When I first bought Iolaire, she had been noted as a fast boat but her weather helm was so bad that if you sailed on her for more than a month you would look like a Orang-utan. The weather helm having pulled your arms all the way down to your knees. I have succeeded in redesigning Iolaire's rig to the rig she has today which so well balanced, that my wife Trich, who weighs 100 lbs. Can handle her in all but extreme conditions. We changed her from a fths double head sail cutter, to a mast head, double head sail yawl
Similarly, on Li'l Iolaire which as a sloop had a rather strong weather helm, now is a beautifully balanced yawl.
With extensive sailing experience including almost 40 North-South trips between the Caribbean and the east coast of the States and Canada, I became a yachting writer, writing my first article for Yachting in September 1964. There followed almost 200 yachting articles, a series of Caribbean guides, a Transatlantic Crossing Guide plus Ocean Sailing Yacht volumes 1 and 2, and finally Seawise which is a collection of articles which I wrote between 1964 and 1977, when Seawise first went to print.
This book was well received but has long since been out of print - as happened to my guides and Ocean Sailing Yacht. However, because of electronic printing and being a member of The Authors Guild, I discover I can get all my books back in print. Also I discover that with a prologue and epilogue I can bring them up to date to reflect the changes since the books were originally published.
In the Prologue of Seawise, I have tried to bring what I wrote back in the 1960s and 1970s up to date, in the light of new equipment available to the yachtsman of today, and in the light of the further experience I have gained in the last 23/24 years.
As to how I arrived in the Caribbean, how I avoided the canyons of New York and how I became a yachting writer - read on.....

Over 100,000 copies were sold of this compendium of information for any sailor who contemplates going off shore. Although some of the information is dated because of new equipment on the market since it was published in 1973, there is a tremendous amount of information that is still applicable today. The boats may changed, styles change and fashions change, but the sea, wind and weather has been the same and will remain the same for thousands of years.
Though out of print this highly acclaimed Sailor Bible will be updated and revised in the coming years. In the meantime if you want to get to know more about off shore sailing and your boat, check the second hand bookstores and ebook websites for this invaluable information for the sailor to enhance your cruising experience.

Volume 2 - 1978
More information that was not in Volume 1 - there is nothing repeated and superbly illustrated by Bruce Bingham.
This volume will also be updated in the next two years and as for Volume 1 you can still find a copy of the original book in the second hand bookstores and ebook web sites.

There are two books which I was working hard on when suddenly I discovered I could get all my books back in print by electronic printing. Those two books are:
Iolaire and I - the story of Iolaire's builders and previous owners who were very distinctive, and my adventures and misadventures with her over the last 49 years, and
Caribbean Capers - Humorous stories of life in the Caribbean in the middle of the last century (1955-1970). 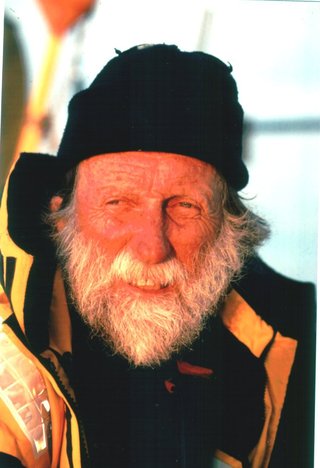 D. M. Street Jr.
Sailing Experience of half a century

D. M. Street Jr., a lifetime sailor, has spent forty five years cruising, charting and writing about the Caribbean. forty of those years were spent in his 46ft. engineless yawl, Iolaire, built in 1905. He has spent the last four years on his 28-ft. engineless yawl Li'l Iolaire, gathering information for his guides in the winter and cruising European waters on Iolaire in the summer.
INSURANCE: D. M. Street Jr., has been in the marine insurance business for 40 years, 36 on his own placing insurance with Lloyds of London. He covers yachts of all ages sailing in the far corners of the world. For information and quote, e-mail: streetiolaire@hotmail.com

Birth Name: Donald M. Street Jr.
Home: Wherever the anchor is down.
Last Sailing Book Read: The Smeetons "Once Is Enough", a perfect illustration of my views in avoiding certain areas.
Sailing Accomplishment: For half a century I've sailed Iolaire', and engineless yawl built in 1905.
Favourite Crew Position: Rock, Tide & Wind Pilot - Aboard Matador, War Baby, Windigo, Flying Scotsman, Shamrock V, Stormy Weather, and many other boats.
Favourite Crusing Destination: Los Rogues - see the picture on the home page of Iolaire at anchore to see why.
Most Dangerous Sailing Experience: Rounding Cape Finisterre
Most Humorous Sailing Experience: Coming back from a day charter to Caneel Bay, my Charter party said to me - "Gee you had better start the engine Skipper, or we won't get back in time for dinner."
The background for the above story is, In the days when Iolaire had no engine but a God awful noisy Stewart Turner Generator. We had sailed up to Caneel Bay, had lunch and were on our way back. There wasn't too much wind when our charter party made this comment. he didn't realise Iolaire did not actually have an engine. I went down below and started up the Stewart Turner generator, that made one hell of a lot of noise, then went back up on deck. I said, "You know these British boats with their little tiny engines we had better motor-sail." I carefully trimmed the sails, and we sailed back to St. Thomas. As we came sailing up toward Yacht Haven, I said, "Let's be sporting and sail along side the dock." and went below and turned off the generator. We sailed her alongside the dock and everyone got off happily. Of course all the other charter skippers knew I had no engine, but no one let the cat out of the bag. They all piled on board when the charter party left and demanded beer in payment for keeping their mouths shut!
They also wanted to know how I had convinced people I had a working engine on Iolaire.